her pilot project in Kaua'i, allows her

to satisfy her need to swim every day

Here she is with "Honi", a green turtle

which is gradually habituating to her

Diving the entire Ryukyu Archipelago from 1981 to 1988, her research concluded that an alarming nearly 85% of the coral reefs were dead or dying, owing to crown-of-thorns invasions and extreme sedimentation from poor development practices on land. Although trained as a marine taxonomist (specializing in octocorals), she instead became devoted to environmental education. 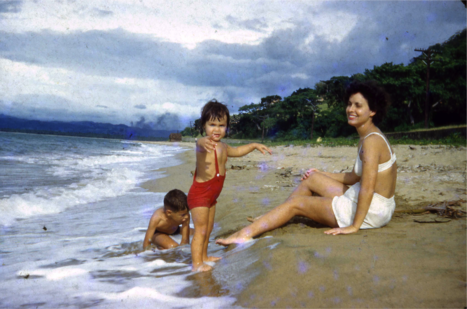 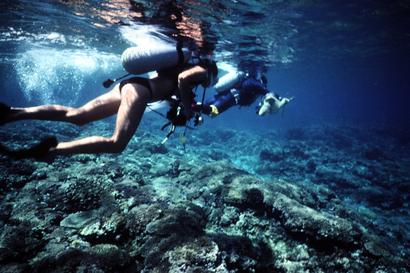 Katherine Muzik has enjoyed ocean life for more than 65 years.

(At a Puerto Rico beach with brother Steven, mother Margaret.) 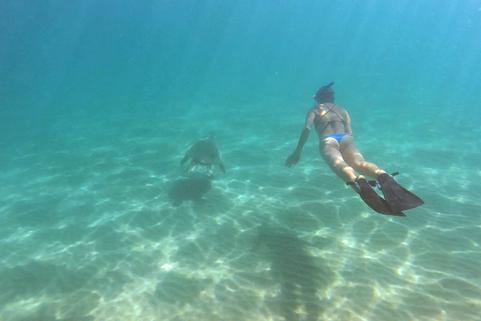 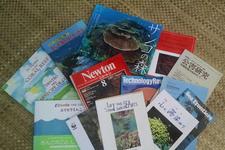